See the best flight deals anywhere in the world from hundreds of airlines, then book with no fees. Act fast - these fares may rise. Hotel Majoro, a single floor hotel, was built in the 19th Century as an Augustine convent. In the early 20s it was sold to Enrique Fraccia, a prominent Italian merchant, the exclusive representative of the Peruvian Steam Navigation Company. Mr. Fraccia also bought 100 hectares of land and was very successful with his Pima cotton plantation. The Hacienda was inherited by his nephew Enrique De La Borda Roncaggiolo. In 1968, during the military junta, the land was expropriated and given to the workers. Fortunately the De La Borda family was allowed to keep the Casa Hacienda and 10 hectares of land. Being impossible to keep the cotton business running in an effective way, his descendants in 1980 decided to modify the premises and transform the into a 38 room friendly family hotel. In 2005 they sold the property and a new administration took over the business and since then the hotel has been going through constant innovations. Many areas of the old Hacienda that had fallen into ruins after the 1996 earthquake have been rebuilt, respecting the original architecture, and a as a result, the hotel has now 88 rooms, including Suites, Junior Suites, Quadruple, Triple, Double and Single rooms, including two rooms for disabled guests. There is also a reading room, playroom, TV room and a main drawing room. There is also a large dining room and an outside bar close to the swimming pool. There is a chapel and a conference room. The 5 acre garden holds a large variety of plants, including bougainvilleas that are over 100 years old. There is a planetarium, where, in a virtual way, the theory of Maria Reiche that relate the Nazca lines with the constellations of the Southern Hemisphere, are shown. After the presentation the Nazca sky can be scrutinised with large telescopes. The hotel has also got its own production of Pisco, the Peruvian National Spirit. In our cellar, guests can appreciate how the Pisco is made in our copper still. Featuring spacious suites furnished with all of today's modern conveniences including full kitchens this Dallas hotel is near major attractions and a variety of corporate offices. Guests at the Homewood Suites Dallas Park Central Area are sure to feel at home with thoughtful amenities including a modern fitness centre wireless internet access and a pool. Guests can also enjoy the free hot breakfast and free evening reception complete with a light meal and beverages. In the area surrounding the Dallas Park Central Area Homewood Suites guests can discover the Galleria Mall shopping centre Six Flags Over Texas amusement park and AT&T Stadium. A number of global businesses such as General Mills and Texas Instruments have offices close to the hotel. Utterly in tune with the seductively slow pace of Luang Prabang, Amantaka rests at the foot of sacred Mount Phousi amid the golden spired wats and quaint lanes of this charming Unesco World Heritage Site. A stroll from the banks of the mighty Mekong, the resort is set on an historic garden estate with a shimmering pool and serene Aman Spa. Situated just south of Phousi Hill, the resort is within strolling distance of the boutiques, bakeries and restaurants lining the town's main street. The fabled night market, the picturesque banks of the Mekong River and the former Royal Palace are also n Set on a large garden estate and built in 2009, this 25-room club resort is housed in graceful French colonial buildings in the UNESCO protected town of Luang Prabang. Airy and elegant throughout, the décor and furnishings reflect the town's French coloni In addition to a private bathroom with a shower, in-room amenities include a satellite/cable TV, minibar, king-size bed and individually regulated air conditioning units. The Aman Spa features four self-contained treatment rooms, as well as steam and sauna facilities with hot and cold plunge pools. Treatments range from massages and facials to scrubs and wraps, all using a range of organic products combined with local ingr The establishment celebrates the unique tastes of Luang Prabang with traditional Lao cuisine and contemporary French fare. The resort offers several dining venues, including the dining room with its airy colonial ambience, the shady veranda and the inviti The hotel is located in the heart of Luang Prabang, a town declared a UNESCO World Heritage Site in 1995. Upon arrival at Luang Prabang Airport, take a taxi to the World Heritage site on Kingkitsarath Road and the resort will be in sight. The driving time Defying every convention of traditional design, Sandals new all-inclusive resort in Grenada takes innovation beyond the realm of imagination to create an extraordinary adults-only resort unlike anything you have ever experienced. Pools in the sky and living rooms in swimming pools. Private plunge pools, cascading waterfalls and meandering river pools. Here, in the heart of Grenada's exclusive Pink Gin Beach, on an exotic island paradise where the intoxicating scent of spices and tropical blooms make a heady elixir for romance, we've taken the best of everything to create a whole new Sandals all-inclusive experience... one that takes you beyond the unexpected. Whether you're visiting Florida for work or for play, The Westin Fort Lauderdale is dedicated to making you feel relaxed and revitalized during your hotel stay. Conveniently located near I-95 and just moments from a host of Fortune 500 headquarters, our hotel showcases a stunning three-acre lagoon with a heated outdoor pool, as well as the state-of-the-art WestinWORKOUT® Fitness Studio and a dry sauna. Newly renovated guest rooms are designed with your well-being in mind, and feature Westin's famous Heavenly Bed® and Heavenly Bath®. Stay connected during your Fort Lauderdale visit with complimentary Wi-Fi, and enjoy additional hotel perks including free parking and 24-hour room service. And be sure to set aside time to explore Fort Lauderdale; our hotel places you a short distance from attractions including Pompano Beach and Isle Casino. Dreams Onyx Resort & Spa is set on a remote, palm-studded beach. The all-new luxurious suites offer pure pampering with 24-hour room service and an outdoor Jacuzzi. All ground floor suites are swim out offering direct access to a pool right from the terrace. With limitless gourmet ¿ la carte dining and unlimited top-shelf beverages at nine restaurants and ten bars, plus over 20 additional options at Breathless Punta Cana next door, you'll will find everything you're looking for. With endless land and sea pursuits, parties and live entertainment for all ages, five swimming pools, supervised clubs for kids and teens, a casino, nightclub and world-class spa, the fun times spent at Dreams Onyx Resort & Spa will be unforgettable. One mile from Lady Bird Lake in the vibrant Travis Heights neighborhood of Austin Texas this hotel offers a free hot breakfast as well as a refreshing outdoor pool. Aiden by Best Western @ Austin City Hotel features guestrooms with free high-speed internet access microwave and refrigerators. Guests will also enjoy a contemporary fitness center and relaxing hot tub at this pet-friendly hotel. The Opal Divine's Austin Grill at Aiden by Best Western @ Austin City Hotel is open daily from 17:00 to 02:00. While enjoying a specialty cocktail from the bar guests can listen to live music. Stop at Scandic Kolding to discover the wonders of Kolding. The hotel offers guests a range of services and amenities designed to provide comfort and convenience. Free Wi-Fi in all rooms, 24-hour front desk, facilities for disabled guests, luggage storage, Wi-Fi in public areas are there for guest's enjoyment. Heating, desk, satellite/cable TV, television, shower can be found in selected guestrooms. Access to the hotel's fitness center, sauna, children's playground, table tennis, garden will further enhance your satisfying stay. Convenience and comfort makes Scandic Kolding the perfect choice for your stay in Kolding. Presided over by a sacred stone tiger, Amandari was designed after a traditional Balinese village on the verdant lip of the Ayung River Gorge. Free-standing guest suites are reached via winding pathways, while the curving swimming pool mimics the rice paddies below. Close to the artistic centre of Ubud, this place of peace invites both reflection and the exploration of Bali’s cultural heart. Nestled in a lush, tropical forest and surrounded by verdant valleys and terraced rice paddies just ten minutes' drive from Ubud, Bali's cultural capital, this luxurious resort offers a sumptuous holiday rich in culture and discovery. The resort was designed to resemble a traditional Balinese village with pebbled walkways, fragrant ylang-ylang thatched-roof bungalows and walled gardens. Each suite features a living area with sliding glass doors overlooking a leafy courtyard garden and a lavish, outdoor sunken marble bath, while villas also boast expansive private pools. Guests might take personal guided excursions to a variety of destinations in Bali and sample local cuisine in the open-air teak restaurant, while those seeking a more relaxing retreat can indulge in a massage in the ornate spa, practise yoga with private outdoor classes, or select a book from the library to enjoy over tea in the garden. Amandari lies in the village of Kedewatan, around a one and a half hour drive north of Denpasar’s Ngurah Rai International Airport. The Crowne Plaza® Panama Airport Hotel is the best option for business and leisure travelers. Its convenient location is only five minutes away from the International Tocumen Airport and offers complimentary transportation to and from the airport. Close to the hotel, you will find the Global Business Terminal business complex and different companies such as Bayer and Copa Airlines. After a long day, rest in our comfortable rooms, which offer complimentary Wi-Fi access to keep up with work. Relax at the swimming pool, or work out at the fully-equipped fitness center. By night, visit our restaurant and try the exquisite local cuisine our restaurant offers or visit Hub Bar for the best ambience, snacks and cocktails. Located on a heavenly beach, the Hotel Riu Republica - Adults Only is your perfect option for enjoying an unforgettable holiday in Punta Cana. This adults-only hotel on the Arena Gorda beach has free WiFi, a varied gastronomic offer and the best 24-hour All-Inclusive service. The more than 1,300 rooms of the Hotel Riu Republica are distributed in three buildings. In all of them you'll enjoy the best amenities, like satellite TV, air conditioning, a safe, a minibar and beverage dispensers, among many others. And, in the facilities of this adults-only hotel on the Arena Gorda beach, you'll find eight swimming pools, some with swim-up bars or areas with water slides for you to experience a refreshing and fun-filled stay. The Hotel Riu Republica has a rich and varied gastronomic offer. In its nine restaurants, you'll get to try the best of Italian, Asian, Spanish, Indian and gourmet cuisine, and to enjoy the best continental buffet breakfasts. In this hotel in Punta Cana we also give you the chance to savour an authentic barbecue at the beach bar, or to arrange a romantic dinner to enjoy a special moment with your sweetheart. And, the ten hotel bars serve the best snacks and aperitifs.

We are experienced professionals in the travel industry. Our specialists have access to unparalleled relationships with the world's top luxury hotels, airlines, tours and cruise lines, who offer upgrades and travel experiences that is only available when you work with one of us. 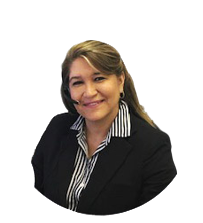